The foreclosure count in North Carolina has dropped 38% in the last year and 3.5% since April. 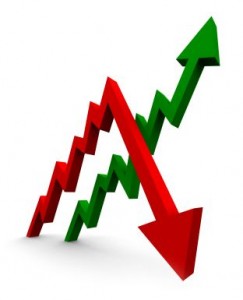 Here is an exerpt from Charlotte Business Journal’s article: N.C. foreclosures down 38% year-over-year

“Some 2,689 homes in North Carolina were in foreclosure proceedings in May, or one in every 1,584 households, according to RealtyTrac Inc.  The state ranks 36th in the nation for the rate of filings, RealtyTrac says.

Foreclosures nationwide dropped 33.4 percent last month from May 2010 and dipped 1.98 percent from April. There were 214,927 filings last month across the nation, or one in every 605 households.”

The demand for HAFA increases drastically

Here is an unbeleivable short sale statistic in an exerpt from the DSNews.com article, HAFA Short Sales up Over 70% in April.

“Servicers completed 1,666 short sales and deeds-in-lieu (DIL) of foreclosure under the Home Affordable Foreclosure Alternatives (HAFA) program in April. That’s up 73.7 percent from the 959 HAFA transactions completed the month before.”

If you need assistance regarding a short sale or foreclosure, contact us and a member of our team would be happy to guide in the right direction. 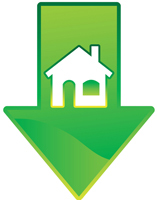 The Charlotte Regional Realtor Association found, in a study of 10 counties in Charlotte, that home sales in the area have dropped 11.5% in the last year. May’s sales have decreased since last year, but have increased 16.6% since April.

According to an article published by DSNews yesterday, HousingPulse Tracking Survey released a study showing that nearly half of home sales that happened in March 2011 involved distressed properties and short sales have reached a record-high. The following is an excerpt from the article in DSNews:

“Within this distressed property segment, the market analysis shows a boom in short sales during the month of March to record-high levels and a drop in the proportion of damaged REO.

These deductions come from the HousingPulse Tracking Survey generated by Campbell Surveys and Inside Mortgage Finance.

The survey’s overall distressed property index rose to 48.6 percent in March – the second highest level seen in the past 12 months.

Short sales rose from 17.0 percent in February to a record-high 19.6 percent in March. Over the same period, damaged REO fell from 14.9 percent to 12.0 percent.

The report referred to both developments as “a positive sign” for the market.

Short sales can eliminate the sometimes long periods of time a home sits vacant after it is repossessed by the lender after foreclosure, and because damaged REO has the worst effect on comparables used for appraisals, smaller amounts of damaged REO should be a positive for home values in future months.”

Full Article
To learn more about short sales or how to purchase one, contact Showcase Realty.

Video: Should You Consider Your Home an Asset?

Alex Charfen, CEO of the Distressed Property Institute, LLC (CDPE.com) went on CNBC on April 13th to to express his views on whether or not you should consider your home an asset. Watch this 3 minute video:

If you currently have questions regarding short sales, foreclosures or real estate in general, Nancy Braun, owner and broker-in-charge of Showcase Realty, LLC, is a Certified Distressed PropertyExpert. Either she or a member of her team would be more than happy to help you! Contact us

News You Can Use

Click Here to Learn How To Get A $3,000 Relocation Incentive For Doing A Short Sale!